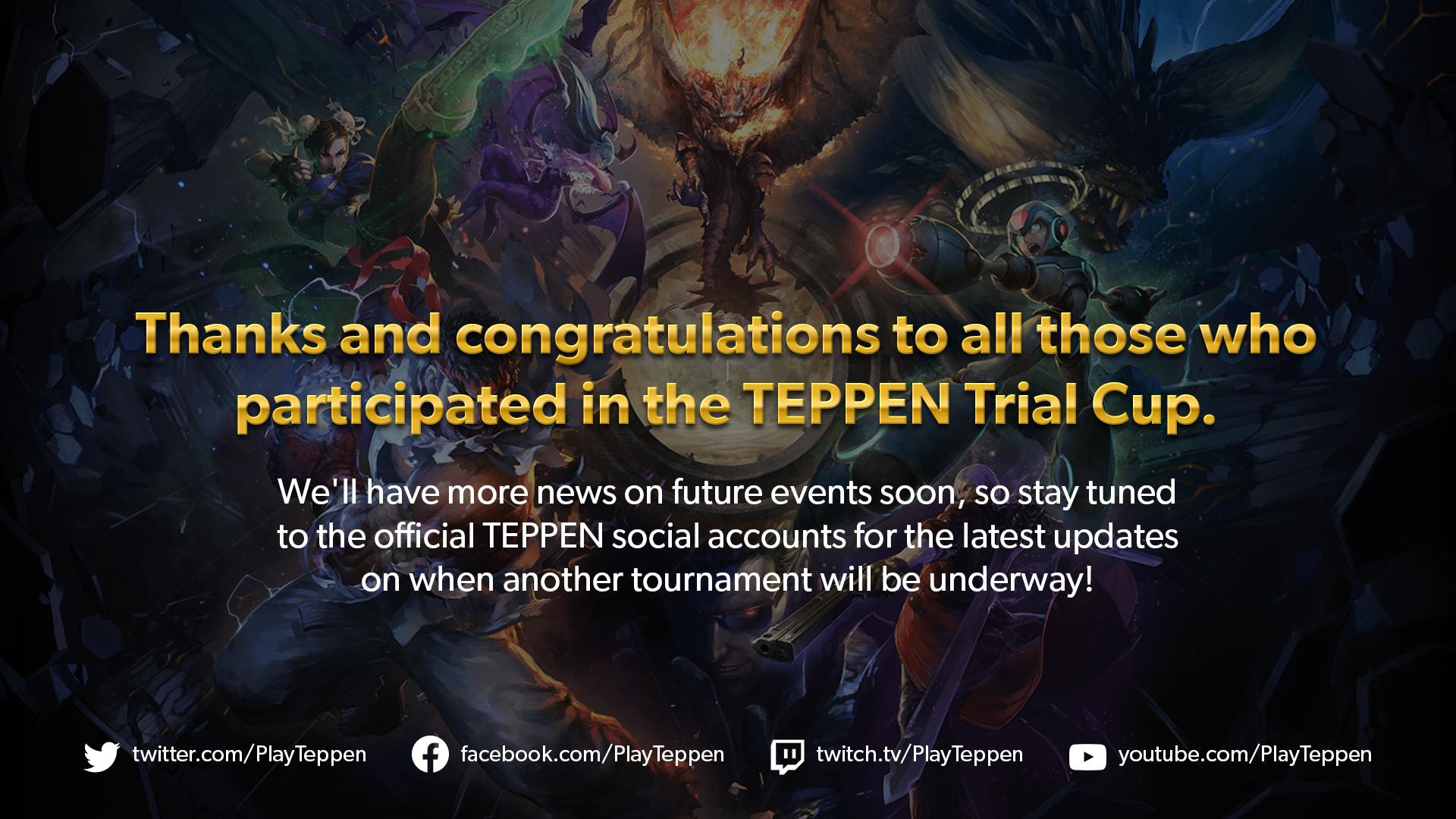 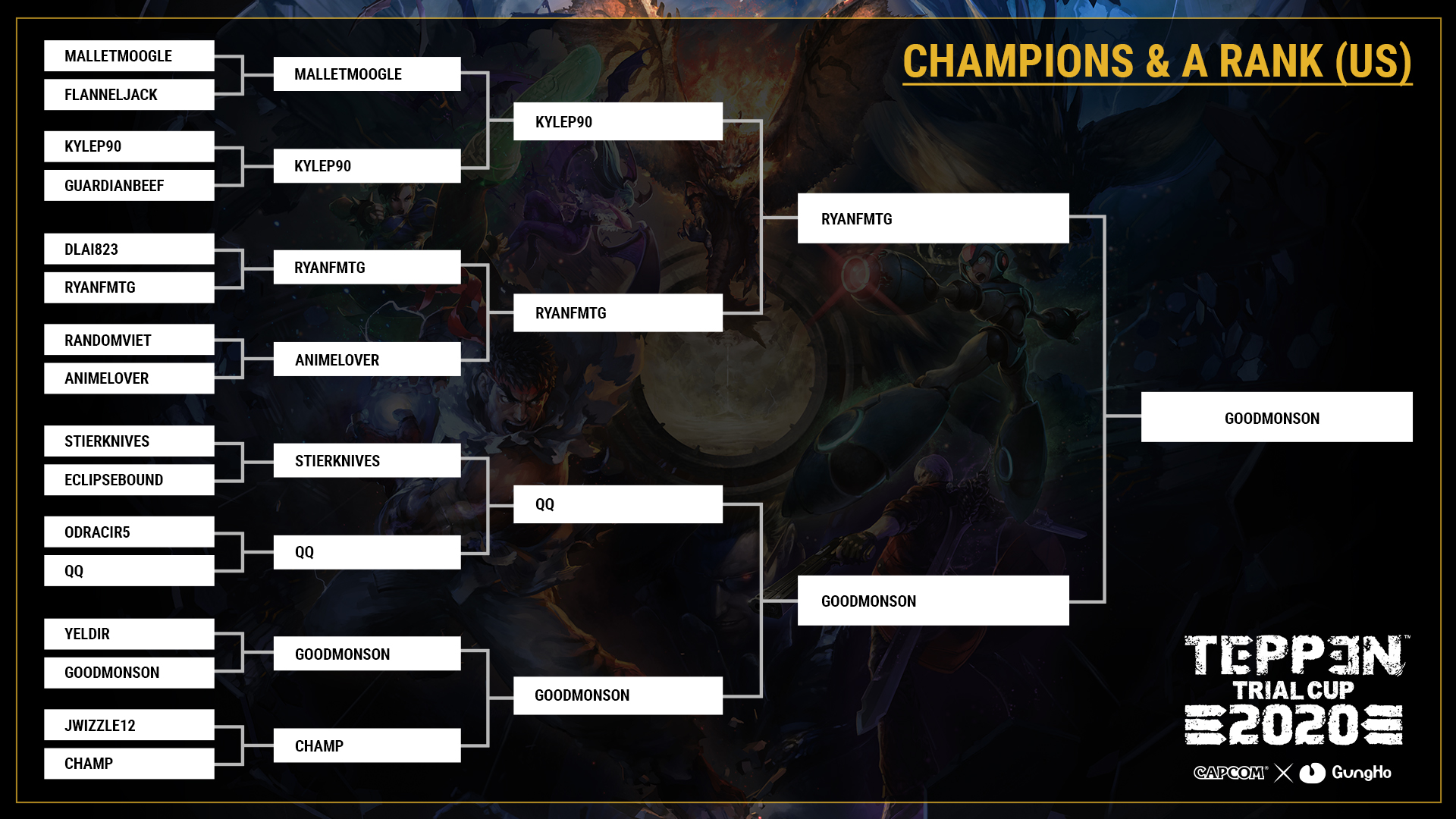 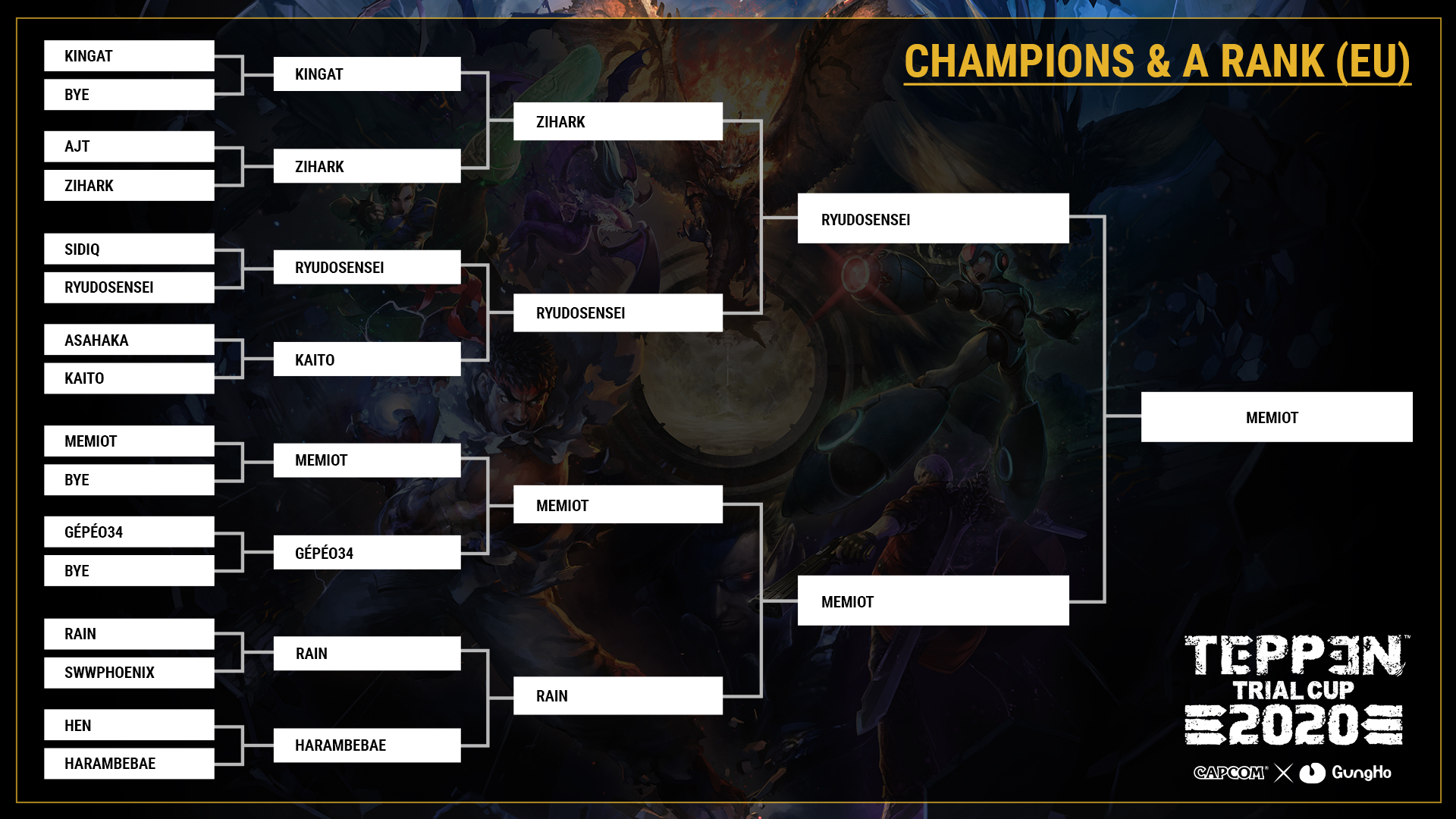 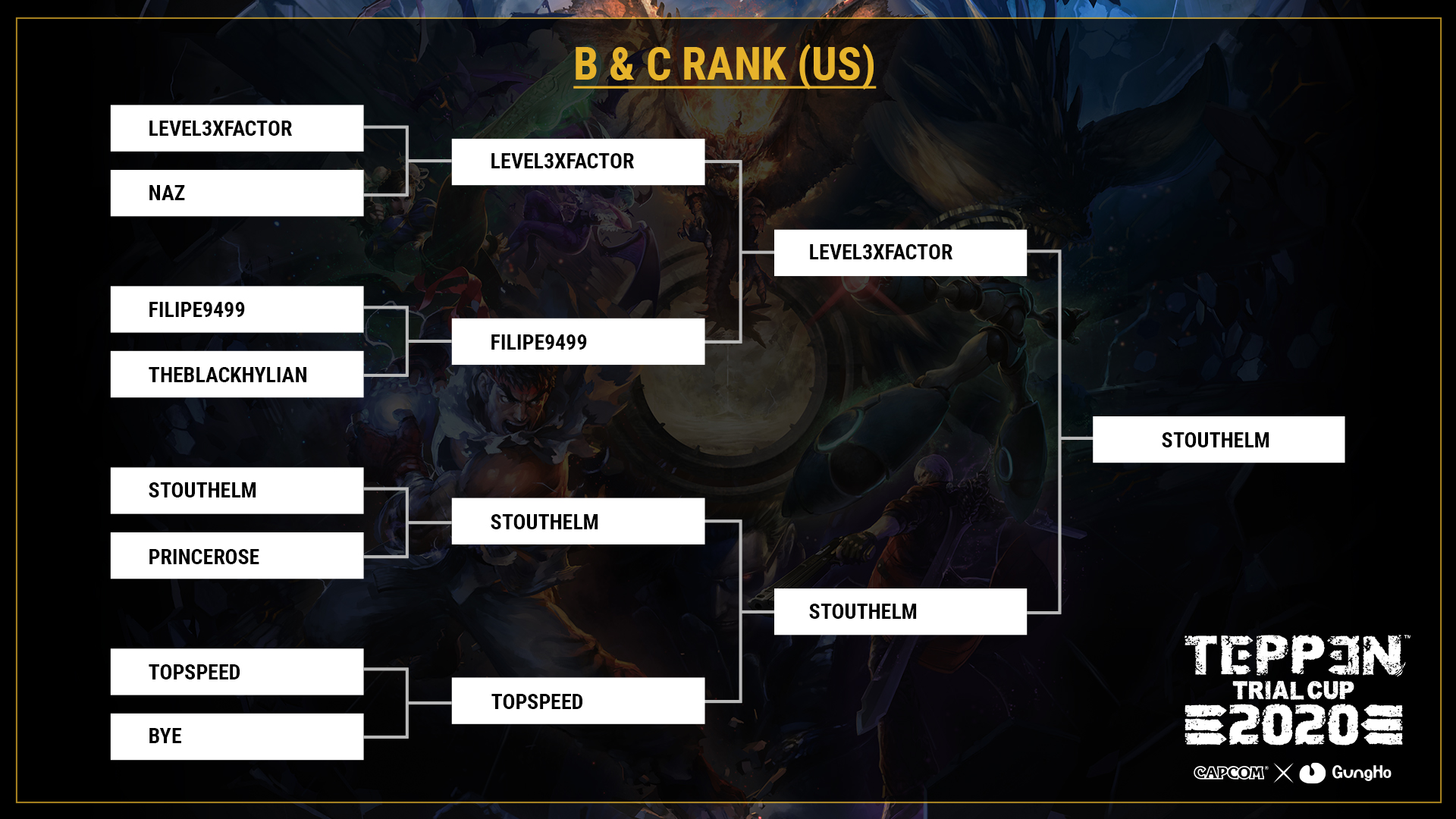 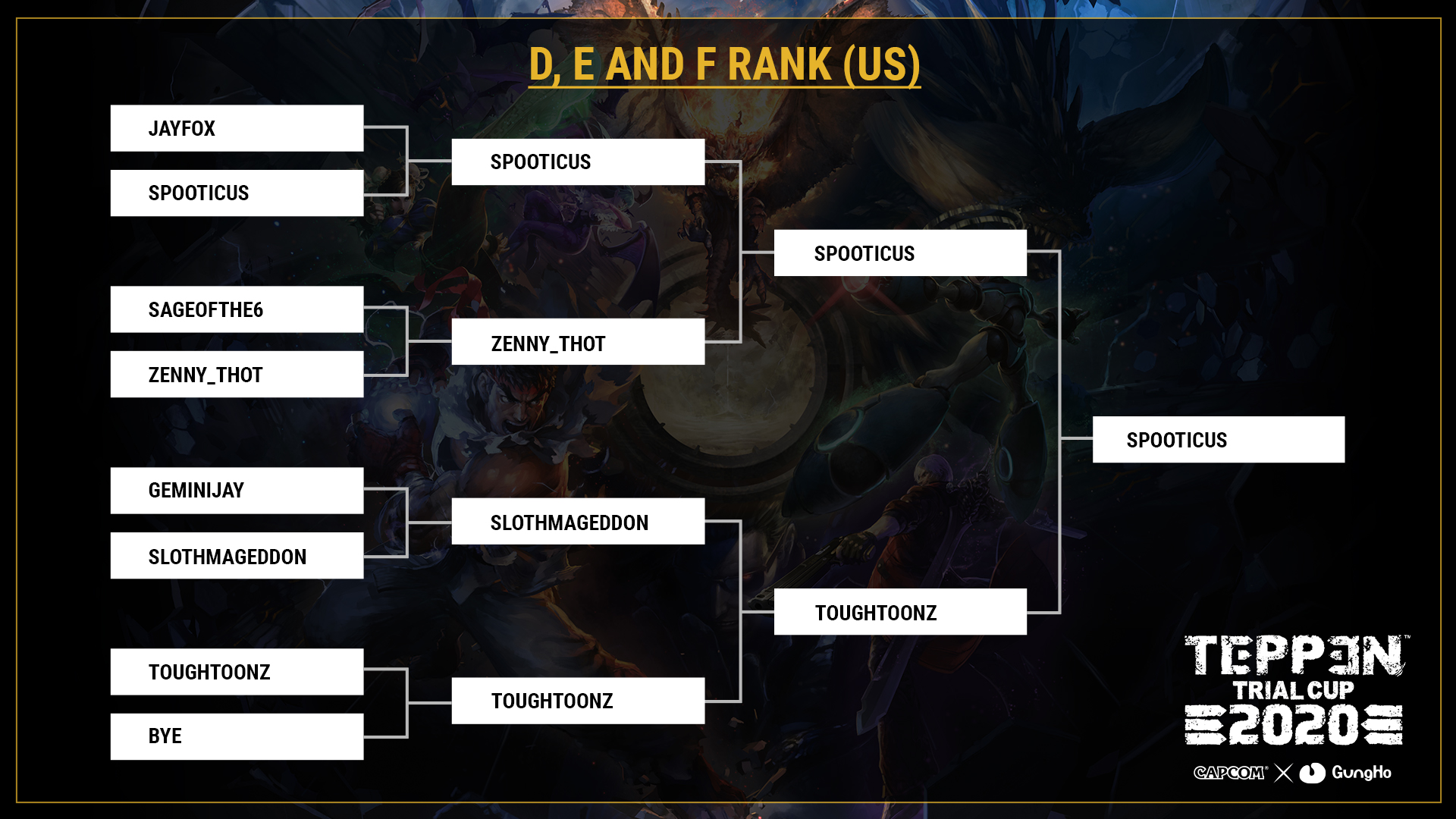 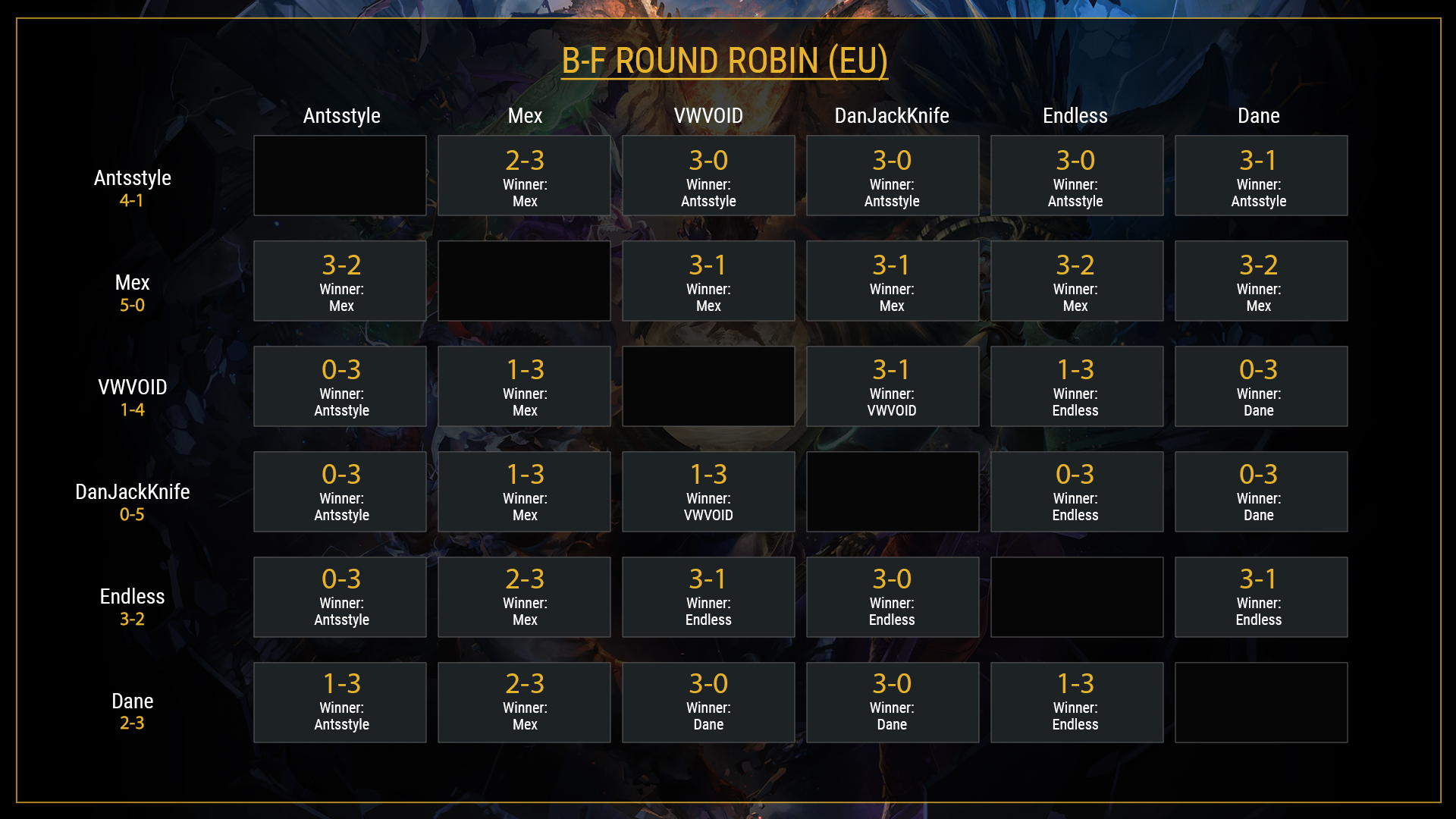 UPDATE: We have extended tournament registration by one week. This also delays the tournament by one week to give everyone more time to register and prepare. The original tournament details (with the updated tournament dates) can be found below. Thank you for your patience!

Welcome to the TEPPEN Trial Cup! This launch event for the TEPPEN tournament site will test the waters for what’s coming over the next few weeks and months.

Head over to the Registration page to enter into our first batch of tournaments. For the Trial Cup we’re offering limited registration, but as more tournaments are announced in the near future we’ll have room for many more players.

Registration is now live for the Trial Cup tournaments that begin on Monday, October 5, 2020. Players are separated into different tournament brackets based on their rank as of Sunday, October 4, 2020. You can fluctuate up or down by one rank between Sunday at 10PM PT and the first tournament matches on Monday.

If you don’t make it into one of the Trial Cup tournament brackets, fear not because more tournaments offering larger player pools will be coming very soon! Register for the site and check back every week for the latest TEPPEN tournament news.

Register Now
Back to Top

Most of the rules and regulations below also apply to the Trial Cup. However, there are some changes in how the tournaments in the Trial Cup are run.

Each Trial Cup tournament consists of a 16 player, single elimination bracket. One match will be played each day, starting on Monday, October 5, 2020.

All other rules not relating to tournament structure can be viewed below.

Registration for the TEPPEN Trial Cup will last until Friday, October 2 at 11:59:59 PM PDT.

All registrants will receive an email on Saturday, October 3 at 12PM PDT asking them to confirm their spot in the regional group for which they registered.

The first 16 players per group that confirm their participation first will then be approved for the event. As there are only 48 spots available per region, we understand that everyone who registered may not be able to confirm their participation. However, we would also like to reiterate that the TEPPEN Trial Cup is a first-run event, and there are plans for future events where more players will be able to participate regularly.

The TEPPEN weekly tournament series is a harassment-free and inclusive event experience for everyone regardless of gender identity and expression, sexual orientation, disabilities, neurodiversity, physical appearance, body size, ethnicity, nationality, race, age, religion, or other protected category. We do not tolerate harassment of event participants in any form. The TEPPEN weekly tournament series takes violations of our policy seriously and will respond appropriately.

All participants of the TEPPEN weekly tournament series must abide by the following policy:

Be excellent to each other. We want the event to be an excellent experience for everyone regardless of gender identity and expression, sexual orientation, disabilities, neurodiversity, physical appearance, body size, ethnicity, nationality, race, age, religion, or other protected category. Treat everyone with respect. Participate while acknowledging that everyone deserves to be here — and each of us has the right to enjoy our experience without fear of harassment, discrimination, or condescension, whether blatant or via micro-aggressions. Jokes shouldn’t demean others. Consider what you are saying and how it would feel if it were said to or about you.

Speak up if you see or hear something. Harassment is not tolerated, and you are empowered to politely engage when you or others are disrespected. The person making you feel uncomfortable may not be aware of what they are doing, and politely bringing their behavior to their attention is encouraged. If a participant engages in harassing or uncomfortable behavior, the event organizers may take any action they deem appropriate, including warning or expelling the offender from the event with no refund. If you are being harassed or feel uncomfortable, notice that someone else is being harassed, or have any other concerns, please contact a member of the event staff immediately.

Practice saying “Yes and” to each other. It’s a theatre improv technique to build on each other’s ideas. We all benefit when we create together.

This policy extends to forums, panels, social media, parties, hallway conversations, all attendees, partners, sponsors, volunteers, event staff, etc. You catch our drift. GungHo Online reserves the right to refuse admittance to, or remove any person from any GungHo Online tournament series hosted event at any time in its sole discretion. This includes, but is not limited to, attendees behaving in a disorderly manner or failing to comply with this policy, and the terms and conditions herein. If a participant engages in harassing or uncomfortable behavior, the event organizers may take any action they deem appropriate, including warning or expelling the offender from the event with no refund.

Our event staff can usually be identified by special badges/attire. Our zero tolerance policy means that we will look into and review every allegation of violation of our Event Community Guidelines and Anti-Harassment Policy and respond appropriately. Please note, while we take all concerns raised seriously, we will use our discretion as to determining when and how to follow up on reported incidents, and may decline to take any further action and/or may direct the participant to other resources for resolution.

Event staff will be happy to help participants contact hotel/venue security or local law enforcement, or otherwise assist those experiencing discomfort or harassment to feel safe for the duration of the event. We value your attendance.

Exhibiting partners, sponsors or vendor booths, or similar activities are also subject to this policy. In particular, exhibitors should not use sexualized images, activities, or other material. Booth staff (including volunteers) should not use sexualized clothing/uniforms/costumes, or otherwise create a sexualized environment. Participants and exhibiting partners or sponsors disobeying this policy will be notified and are expected to stop any offending behavior immediately.

If you have any questions or concerns, feel free to contact us [link].

All tournament participants shall protect, defend, indemnify and hold harmless GungHo Online and Greenlit Content, their affiliated corporations, and their respective officers, directors, shareholders, agents, representatives and employees from and against any and all costs and expenses, damages, claims, suits, actions, liabilities, losses and judgments including, without limitation, attorneys’ fees and legal expenses, based on, arising out of or in any way related or connected with the Event or any other matter or activity directly or indirectly related to the Event, including but not limited to libel, slander, disparagement, defamation, copyright infringement, invasion of privacy, piracy, plagiarism, or infringement of any patent, copyright, trademark, trade secret or other intellectual property right of any third party. This obligation shall continue beyond the term of the Event.